Snacking Your Way to Better Health 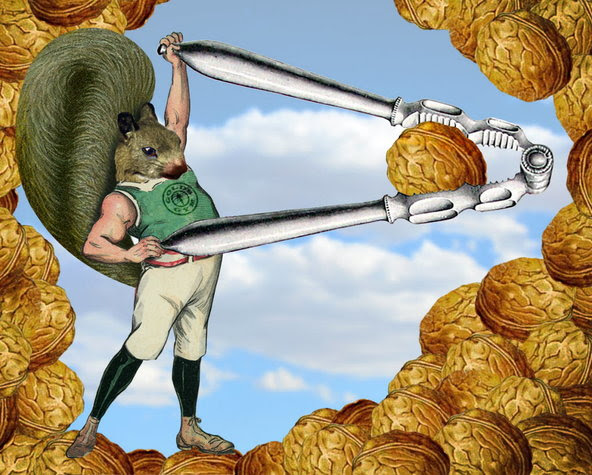 Jane Brody on health and aging.

Nuts to you! No, that's not an insult. It's a recommendation to add nuts to your diet for the sake of your health and longevity.

Consistent evidence for the health benefits of nuts has been accumulating since the early 1990s. Frequent nut consumption has been linked to a reduced risk of major chronic diseases, including heart and blood vessel disorders and Type 2 diabetes.

The newest and most convincing findings, reported last month in The New England Journal of Medicine, come from the Nurses' Health Study and the Health Professionals Follow-Up Study, which together have followed nearly 119,000 women and men for decades. Both studies repeatedly recorded what the participants ate (among many other characteristics) and analyzed their diets in relation to the causes of death among the 27,429 people who died since the studies began.

The more often nuts were consumed, the less likely participants were to die of cancer, heart disease and respiratory disease, and not because nut eaters succumbed to other diseases. Their death rate from any cause was lower during the years they were followed. (The nuts in question were pistachios, almonds, Brazil nuts, cashews, hazelnuts, macadamias, pecans, pine nuts, peanuts and walnuts.)

Those who ate nuts seven or more times a week were 20 percent less likely to die from 1980 to 2010; even among those who consumed nuts less often than once a week, the death rate was 11 percent lower than for those who did not eat them.

I know what you're thinking: Aren't nuts fattening? Yes, an ounce of nuts has 160 to 200 calories, nearly 80 percent from fat.

But in study after study, the more often people ate nuts, the leaner they tended to be.

For example, in a Mediterranean study that tracked the effect of nut consumption on weight gain over the course of 28 months, frequent nut consumers gained less weight than those who never ate nuts, and were 43 percent less likely to become overweight or obese.

How is that possible? First, nuts may be taking the place of other high-calorie snacks, like chips, cookies and candy. And nut eaters may be less likely to snack, period; the fat, fiber and protein in nuts suppresses hunger between meals.

Second, the body may treat calories from nuts differently from those in other high-carbohydrate foods. Third, nut eaters may pursue a healthier lifestyle and burn more calories through exercise.

Whatever the reasons, every study has indicated that nuts make an independent contribution to health and longevity, even after taking other factors into account.

And not just tree nuts. The new study found that peanuts were also linked to a reduced death rate and lower risk of chronic disease. Peanuts are legumes that grow underground, but they share constituents with tree nuts that are believed to protect against a wide range of diseases.

Botanically speaking, nuts are fruits, but most of the nuts we consume are the fruits' seeds — able to produce a new plant when raw. Like the yolk of an egg, seeds must contain nutrients that support healthy tissues.

Thus, all nuts are powerhouses of biologically active substances, most of which are known to protect and promote health. Penny M. Kris-Etherton, a professor of nutrition at Penn State who has studied the effects of nuts on heart disease, describes them as "complex plant foods that are not only rich sources of unsaturated fat but also contain several nonfat constituents," including protein, fiber, plant sterols that can lower cholesterol, and micronutrients like copper and magnesium.

Every one of these substances has been shown to ward off one disease or another. The fat content of nuts alone could account for their ability to support heart health. Nuts have less cholesterol-raising saturated fat than olive oil. On average, 62 percent of the fat in nuts is monounsaturated, the kind that supports healthy levels of protective HDL cholesterol and does not raise blood levels of harmful LDL cholesterol.

Nuts contain omega-3 fatty acids that can lower triglycerides and blood pressure, slow the buildup of arterial plaque and prevent abnormal heart rhythms. Walnuts are especially rich sources of alpha-linolenic acid, some of which is converted to heart-protective omega-3 fatty acids.

Most nuts, and especially almonds, are good sources of vitamin E, an antioxidant. Joan Sabaté, a nutritionist at Loma Linda University who has studied the health effects of nuts among Seventh-day Adventists, lists folic acid, selenium, magnesium and several phytochemicals among the compounds in nuts that have antioxidant, anti-inflammatory or anticancer properties.

The nurses' study has linked tree nuts to a reduced risk of pancreatic cancer. ATaiwanese study of about 24,000 people found a 58 percent lower risk of colorectal cancer among women who ate peanuts, although a similar effect was not found among men.

In both the nurses' and health professionals' studies, eating nuts more than five times a week was associated with a 25 percent to 30 percent lower risk of needing gallbladder surgery.

Nuts also contain dietary fiber, about a quarter of which is the type that reduces cholesterol and improves blood sugar and weight control. The nurses' study and a study of about 64,000 women in Shanghai found strong evidence that frequent consumption of tree nuts, peanuts and peanut butter reduced the risk of developing Type 2 diabetes.

Peanuts and especially pistachios are rich in resveratrol, which is being investigated for possible anti-aging effects. Pistachios are also rich in arginine, which gives rise to nitric oxide, a substance that improves blood flow and can helpcounter erectile dysfunction.

Including a serving or two of nuts in your daily diet is not challenging. Dr. Kris-Etherton suggests using peanut butter as the protein source in a sandwich, and replacing a cookie snack with a one-ounce serving of mixed nuts. Nuts can also be added to hot or cold cereals, salads, stir fries and desserts.

Posted by Dr Portnay at 6:08 AM No comments:

Why a Brisk Walk Is Better

If you are walking to improve your health, it's time to stop strolling and pick up the pace, Gretchen Reynolds reports in this week's Phys Ed column.

From the New York Times
Posted by Dr Portnay at 7:12 PM No comments:

As we approach the last month of the year, it's important to be ready and prepared for the holidays. I'm not talking just shopping and parties.... I mean mentally and physically.

The holidays can bring out the best and the worst in all of us. Our eating plays a big part in how we handle everything.
"Sometimes, it isn't hunger that causes us to reach for our favorite foods. Moods and emotions can also impact our relationship with food and they can interfere with our ability to stick with a healthy eating plan. Emotional eating can be triggered by stress, depression, loneliness, overwhelming job and family pressures, or by a traumatic life event. Even happiness can set it off. People who are susceptible to emotional eating may regard food as a distraction, look to it for comfort, or over-enjoy it when they have something to celebrate. "- Editor of the South Beach Diet.

If emotional eating is getting in the way of achieving your weight-loss goals, the good news is that you can change this pattern of behavior by putting a healthy plan in place.

- Remove temptations from your kitchen
- Keep a journal
- Distract yourself
- Have healthy snacks at the read
- Relieve stress and improve your mood with exercise
Prevent your emotions from getting in the way of your weight-loss goals especially over the holidays.
Good Luck!!!!
Posted by Dr Portnay at 6:55 AM 1 comment: